4 Questions to Identify a Team Player for Software Development 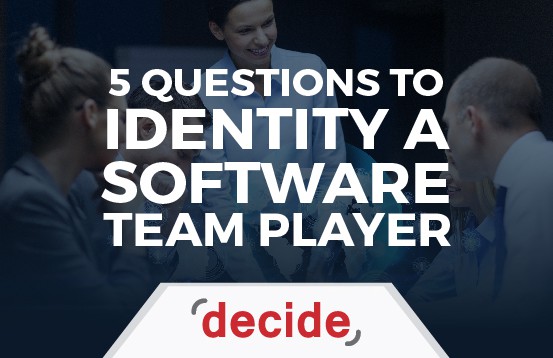 Team players are better than lone wolfs when it comes to software development. No one individual will be able to code, test, release, prototype, etc. We need teams of people to get this done. Good team players make an organization better. Bad team members can cost thousands, if not millions, of dollars. This makes it important to realize which software developers are good team players and which ones need more coaching.

I have only met one professional who readily admitted he was not a good team player. He was right. He got credit for his self-awareness. I have met many who claimed to be good team players, but were not. Maybe it was self-delusion or flat out deception on their part. Regardless, we have put together 4 simple behavior-based questions to find out if someone really is a team player.

Tell me about a time you dealt with a company-specific procedure for check-in, code review, progressions, release, etc.  – Every software developer has had to deal with a company-specificout process. No two software departments are ever the same when it comes to checking-in, code reviews, releasing to QA, releasing to productions, build processes, work assignments and other administrative items. Some software professionals view these as a nuisance. Others see them as an important function for communication. The team players get the communication angle. Asking about this gets them to talk about how they value communication without asking the softball question “do you think it is important to communicate?” 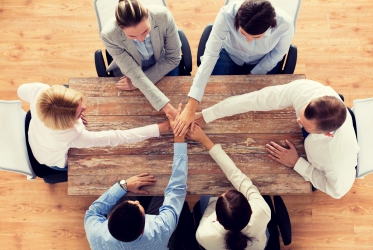 Tell me about a time a specification package was incorrect.  – No developer ever gets a specification that is 100% exhaustive and correct. And if it was, it will not be next week when things change. Good team players get that there will be some ebb-and-flow here. Bad team members complain the first time something changes.

How long do you work a problem before asking for help? – Every developer gets stuck on some technical issue at some time. Google is the first option to find an answer, but we may not be asking the right question there. Good developer recognize that sometimes they need another set of eyes.

Tell me about a time when a bug was not actually a bug – Every developer has had a bug sent to them from QA that was not actually a bug. Perhaps it was “working as designed” and QA had a misunderstanding. Maybe it was a bug in another part of the software that manifested in the portions the developer was working on. Every developer will eventually introduce a bug and every QA person will eventually misdiagnose one. It doesn’t make either one bad.

Having team players makes for better software and software that is released sooner and cheaper. It also helps reduces the team stress. Bad team players do the opposite.