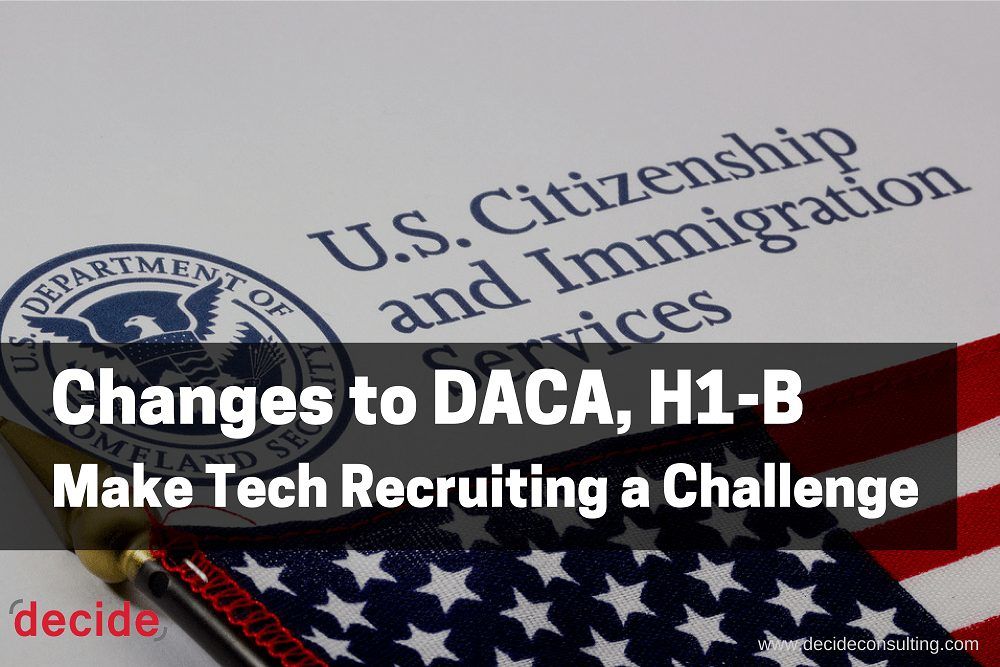 The United States has long dominated cutting-edge technologies, ranging from personal computers and biotech to smartphones and social media. One of the many reasons is the our ability to attract top global talent to drive innovation from within our own borders. Without legendary immigrant talent such as Satya Nadella(Microsoft), Sergey Brin (Google) and Jerry Yang (Yahoo), the United States simply would not be the country it is today.

Given the uncertainty surrounding immigration policy changes enacted by the Trump administration, many U.S. companies are hesitant to hire foreign tech workers, according to a recent study conducted by Hired.com. Since 2016, the number of interview requests from U.S. companies to foreign tech workers has dropped by 60 percent. While interest in foreign workers picked up slightly after the election, it was still down 37 percent compared to the same time last year. This doesn’t bode well for an industry already facing a widespread shortage of specialized talent.

Below, we explore how changes to immigration policy and widespread uncertainty are making tech recruiting a challenge.

Some tech executives and leaders worry that the American “edge” on innovation and ingenuity may be disappearing as a result of new immigration policy. Recently, President Trump has also suggested limiting “startup visas” for high-tech entrepreneurs entering the US along with broad sweeping reforms to the h1-b visa system. Additionally, he’s proposed significant cuts to America’s funding for scientific research.

For some, these actions are seen as necessary steps to take in order to prioritize American interests and protect American jobs. However, critics argue that restricting access to foreign talent limits our ability to innovate and may make the current STEM talent shortage worse. According to Hired, the US is slated to face a shortage of more than 1.1 million STEM workers by 2024. 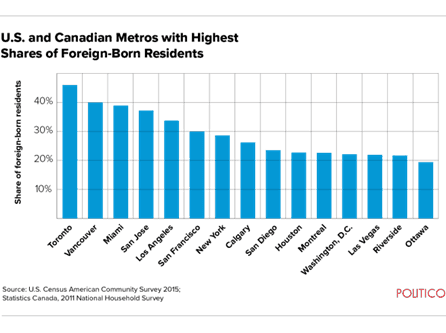 In contrast to trends in American immigration policy reform, Canada has, more or less, opened the doors for potential foreign talent. By opening numerous centers for refugees across the country, Canada has created an avenue for foreign talent to smoothly transition into Canadian society.

Prime Minister Justin Trudeau is specifically recruiting skilled, ambitious foreign talent to drive innovation and technological growth, including top thinkers and workers in technology and industry. Additionally, world-class canadian universities specializing in computer science, electrical engineering, computer engineering and artificial intelligence are aggressively recruiting talented foreign students. Major Canadian cities, including Toronto, Vancouver and Montreal rate among the best places in the world to live and work, which is why they’re attracting venture capital funding on par with American tech hubs like Austin and Seattle. As Canada continues to build a robust foreign talent pipeline, will America be left in the dust? We’ll find out soon enough.

Finding the Tech Talent May be a Challenge in 2018

According to the same study conducted by Hired mentioned in the introduction, 55 percent of tech leaders surveyed in San Francisco, Austin, Seattle, Chicago, Denver, New York and LA agree there is not enough qualified talent, given the demand. Interestingly, nearly half also believe the H1-b program is not working well in the current structure.

The need for tech talent is at an all-time high. Without the ability to rely on foreign workers to cover small shortfalls in domestic supply, we’re likely to see an exacerbation of the skills gap. We’re already seeing signs pointing toward that trend. As the VC market is on the upswing, we may see a talent crisis as companies begin to pump even more into hiring. With immigration policies still in flux, we can’t predict exactly how it will play out.

The Future of Foreign Tech Talent

If the United States follows England, the foreign talent crisis may end up being short-lived. Foreign candidate interest in UK-based companies dropped by 20% post-Brexit and the same statistic dropped 4% after the US election, but both have rebounded to figures that are higher than they were pre-election. The US remains an attractive place to work but the question is: will we continue to be welcoming to immigrants?

If you’re located in the Houston, Texas area, and you’re in need of top IT or tech talent, contact us today to learn more about how we can save you time on hiring and help you attract the specialized talent you need right now.