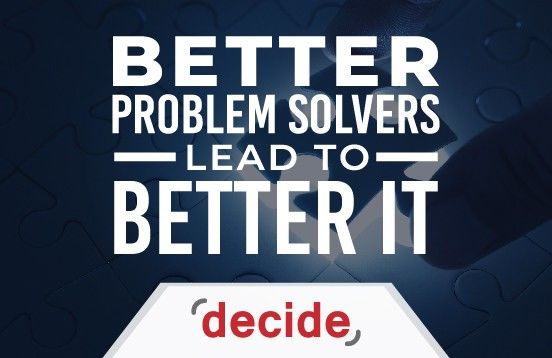 IT Departments can be more effective if they made effort to focus on finding people with problem solving skill in addition to the technical skills. Teams with better problem solvers lead to better teams. Several years ago I was on a software development project for a fortune 100 company. Through the course of investigating some data I needed to call in an API, I learned about an application they had running. As I started asking questions, several facts about this one application came out:

I did not want my software team spending extra time writing code for a “no response”, plus it didn’t make sense to me. My team took some time to look at the problem application. A day later we discovered a deadlock issue, pointed it out to a DBA and never had to worry about a “no response”.

What was going on here? 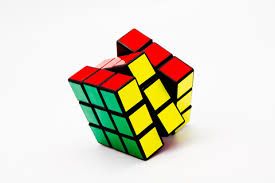 None of the 30 people were technically incompetent. Some of the workaround solutions they put in were actually quite creative. The issues for this company – everyone was fixing a symptom, not the problem. No one was defining what the problem was. There was no attempt to get to the root cause.

“If I had 60 minutes to solve a problem, I would spend 55 minutes defining it and 5 minutes solving it.” – Albert Einstein

This problem costs the company at least $350K in direct and indirect costs. It took one good problem solver to put that fire out. This story is not unique by any means.

People with problem solving skills do better work, save a company money and ensure they are working on the real issues – not the symptoms.

How come more companies do not attempt to find problems solvers? We find that most companies are focusing on finding the right tech skills. Wouldn’t it be better to get the right skills and find a problem solver?

At Decide, we do that. When we look for IT people for our clients, we assess one’s problem solving capability as well as their tech skills.